HOW TO USE THIS PROGRAM

Thank you for taking the time to educate your students and their families about energy and what we can do to conserve energy. We want you to know that participating in this program and using its supplementary materials is easy and integrates seamlessly with your established teaching methods. Please note that our programs are aligned with state educational standards as well as the Next Generation Science Standards.

The student playbook and this teacher toolkit have lessons and activities that emphasize the 21st Century Education Skills – Collaboration, Communication, Creativity and Critical Thinking. Along with suggested grade levels, the purpose of each activity and cognitive level of thinking, these allow you to tailor your instruction to meet the needs and abilities of your entire class. 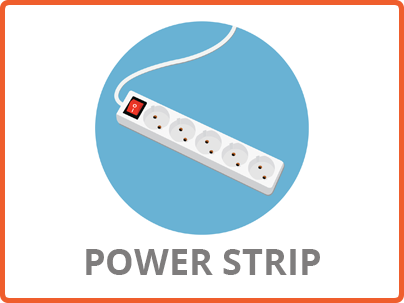 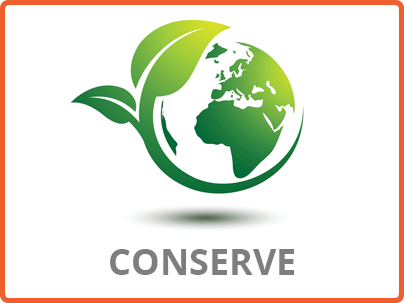 To save or use wisely 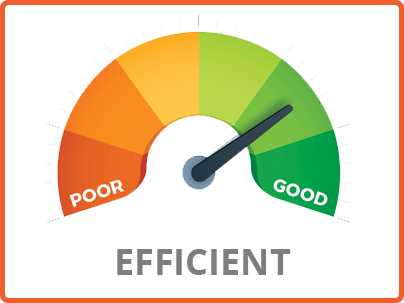 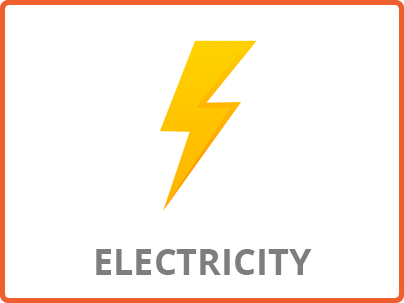 A useful source of energy used in many ways 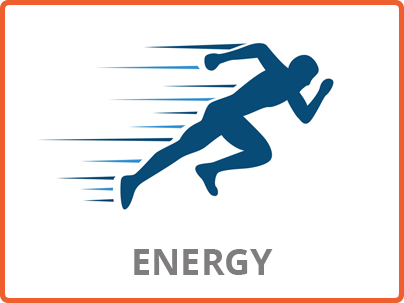 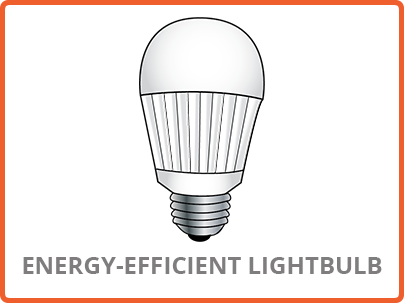 A lightbulb that uses less energy than an incandescent bulb 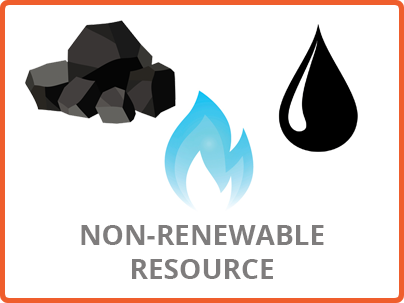 A resource that cannot be replaced 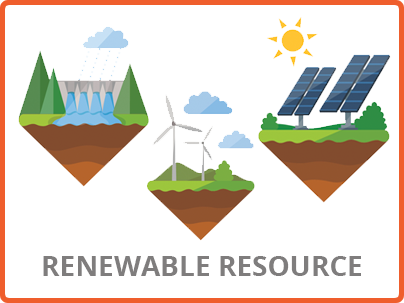 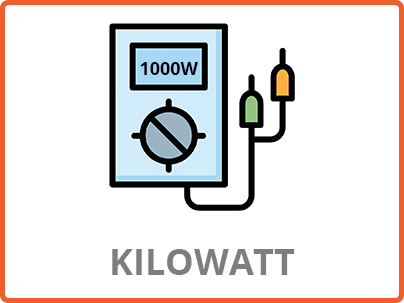 One thousand watts of electricity 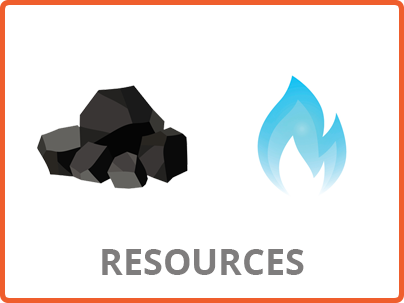 Things we use to make electricity, like coal, oil, natural gas, water, solar and wind 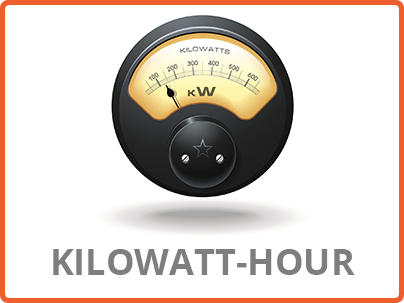 Using 1,000 watts of electricity for one hour 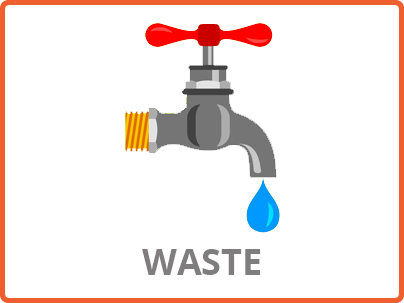 To use thoughtlessly or carelessly 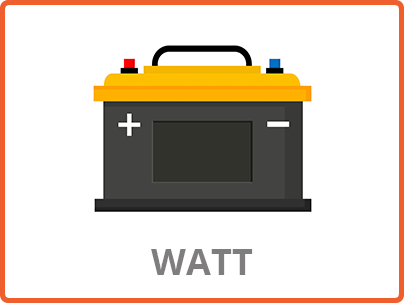 A unit of electricity

Zombies and Electricity by Mark Weakland

Have your students read this fun and fascinating book about electricity. It’s a graphic novel and great for struggling or reluctant readers. It combines the basics of electricity with a fun and compelling story about zombies. “Learning about electricity doesn’t have to be scary. Join zombies as they uncover the science of electricity and all of its uses. You’ll give your knowledge of electricity a jolt with a monster dose of humor.” – Amazon.com

This book explores the concept of energy scarcity. What might happen if the Earth’s supply of gas runs out? It’s a perfect classroom read to spark discussions about energy conservation and the future of our planet. The book can be an eye-opening experience to students just becoming familiar with the concept of scarcity and how much waste each of us contributes in our daily lives.
“Dewey is stuck in a crunch. He never guessed that the gas pumps would run dry the same week he promised to manage the family’s bicycle-repair business. Suddenly everyone needs a bike. And nobody wants to wait.” – Amazon.com

The third part of this global warming trilogy follows the adventures of Jack Danielson. “Wrenched away once more from those he knows and loves, Jack is thrust through time to the fiery deserts of the future and the frozen tundra of the Arctic, battling cyborgs, zombie warlocks and scorpions the size of tanks. At least he has Gisco – everyone’s favorite surly telepathic canine – to keep him company, not to mention the Ninja Babe, Eko. And he will finally be reunited with the parents who abandoned him so long ago, in order that he might save their dying planet.” – Goodreads.com

This book explores the uses of renewable energy sources. The Children’s Literature Comprehensive Database says: “Max takes another look at energy by exploring various alternative forms of energy that can be used to heat homes, power appliances, run cars and even power cities. Readers get a basic look at how solar energy, wind energy, and even ocean wave energy can be harnessed to generate electricity more cleanly than coal or nuclear power plants. Max also does a fair job at considering the downsides to cleaner forms of energy – noting how hydroelectric plants pollute less but also threaten fish and other wildlife, while growing ethanol fuel can sacrifice much-needed farmland.”

The metric system came into being in 1799, during the French Revolution, when the existing system of measures was replaced by a decimal system based on the kilogram and the meter. Previously, the inconsistent methods of measurement created havoc in industry and trade. The new units were taken from the natural world: the unit of length, the meter, was based on the dimensions of the Earth, and the unit of mass, the kilogram, was based on the mass of water having a volume of one liter or a cubic decimeter. Reference copies for both units were manufactured in platinum and remained the standards of measure for the next 90 years.

There is a new crisis in recycling. From The Atlantic: “For decades, (The United States was) sending the bulk of our recycling to China — tons and tons of it, sent over on ships to be made into goods such as shoes and bags and new plastic products. But last year, the country restricted imports of certain recyclables, including mixed paper — magazines, office paper, junk mail—and most plastics. Waste-management companies across the country are telling towns, cities and counties that there is no longer a market for their recycling. These municipalities have two choices: pay much higher rates to get rid of recycling, or throw it all away.”

Along with lighting, cooling a living space is one of the biggest electricity hogs. An average household can save as much as 10% a year on heating and cooling by simply turning the thermostat back 7°-10°F for eight hours a day from its normal setting. According to the U.S. Energy Information Administration, the average monthly residential electric bill for roughly 132 million electric customers in the United States was $111.67 in 2017. A savings of 10% would result in about $120 per year. Multiplied by 132 million households, the total annual savings would be $1.5 billion. That kind of savings can have a significant economic impact.

Renewable energy sources are becoming cheaper and cheaper. In fact, many reports indicate that renewable energy is already cheaper than many non-renewable energy sources. One report finds that in 2018, 211 gigawatts (GW) of existing U.S. coal capacity, or 74% of the national fleet, was at risk from local wind or solar power that could provide the same amount of electricity more cheaply. By 2025, at-risk coal increases to 246 GW – nearly the entire U.S. fleet. Discuss the far-reaching impacts of this upheaval in the energy industry.

Did you know that until recently there was an actual, physical example of how much a kilogram should weigh? Scientists have long recognized the limitations of such an “artifact” kilogram and have declared that the kilogram and three other units will be redefined in terms of “invariants” of nature. For the kilogram, that invariant is the Planck constant (symbolized by the letter h) — a quantity more familiar to the exotic territory of quantum mechanics than to the everyday world of weights and measures. Scientists arrived at a value of h = 6.626070150 × 10-34 kg⋅m2/s. This value was the last piece in the scientific puzzle to redefine the kilogram in terms of fundamental constants of nature.

New technologies can help make use of waste in order to assist energy efficiency efforts. Hybrid electric vehicles (HEVs) combine the benefits of gasoline engines and electric motors. They can be designed to meet different goals, such as better fuel economy or more power. Most hybrids use something called regenerative braking to re-capture wasted energy and put it to use. It uses the forward motion of the wheels to turn the motor. This generates electricity and helps slow the vehicle. Since the car is putting energy to use that would normally be wasted, it is a more energy-efficient vehicle. Poll your students to find out how many of their families have or intend to purchase a hybrid vehicle.

Physicists have achieved record levels of temperature reduction using the process of radiative cooling. Scientists have lowered the temperature of a thermal emitter – a device designed to give out more heat than it takes in – to 42.2 °C below that of the surrounding air. Earth’s atmosphere allows thermal radiation of wavelengths between eight and 13 micrometers to pass through it into outer space. The thermal emitter was specifically designed so that most of the heat it emits falls within that range. The heat will pass straight out into space without being bounced back by the atmosphere. Since heating and cooling interiors are one of the biggest energy wasters, this could lead to a new revolution in energy conservation.

Geothermal resources are reservoirs of hot water that exist at varying temperatures and depths below the Earth’s surface. Wells with a depth of a mile or more can be drilled into underground reservoirs to tap steam and very hot water that can be brought to the surface for use in a variety of applications, including electricity generation, direct use and heating and cooling. In the United States, most geothermal reservoirs are located in the western states. More and more people are taking advantage of residential geothermal resources to heat and cool their homes. Residential systems rely on the constancy of the ground temperature, rather than on hot springs, to achieve heating and cooling results.

What is horsepower? Horsepower (hp) is a unit of measurement of power, or the rate at which work is done. There are many different standards and types of horsepower. The common definitions being used today are the mechanical horsepower, which is about 746 watts. To convert from horsepower to watts, multiply by 746. To convert from watts to horsepower, multiply by 0.00134. The term was adopted in the late 18th century by Scottish engineer James Watt to compare the output of steam engines with the power of draft horses. It was later expanded to include the output power of other types of piston engines, as well as turbines, electric motors and other machinery.

Read this passage to your students and ask them the discussion questions that follow.

Read to your class

How do they relate?

Current is equal to the voltage divided by the resistance.

Let’s see how this relationship applies to the plumbing system. Let’s say you have a tank of pressurized water connected to a hose that you are using to water the garden.

What happens if you increase the pressure in the tank? You probably can guess that this makes more water come out of the hose. The same is true of an electrical system: Increasing the voltage will make more current flow.

Let’s say you increase the diameter of the hose and all of the fittings to the tank. You probably guessed that this also makes more water come out of the hose. This is like decreasing the resistance in an electrical system, which increases the current flow.

Electrical power is measured in watts. In an electrical system, power (P) is equal to the voltage multiplied by the current.

Using the plumbing analogy, what happens when you lower the pressure (or current)?

The water doesn’t flow as fast.

Why would some locations need more electricity than others?

Larger buildings typically use more electricity than smaller ones. Therefore, a school uses more energy than a home.